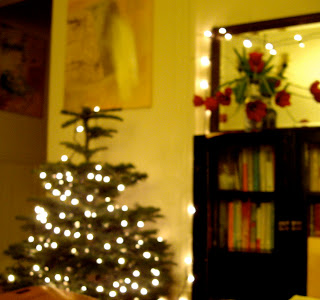 What an interesting few days this has been. Christmas Eve, my sons returned. My older son brought his younger brother home and had planned on spending the holiday weekend with us. Instead, he surprised me by saying that he felt the need to be alone for Christmas Eve and day.  He was only stopping for a moment. I found myself in reaction, anger flashed through. I saw the root of it as the fear that it was. Fear? What was this about? Quickly the fear uncovered this huge pit of grief that rose up my throat and came pouring out in huge wracking sobs. My son and I had been unwinding this coil bit by bit over the past couple of months but here we were at the nub of it. I saw a lifetime where we lost one another as well as the grief of parting on the higher planes as I took form and he stayed aloft to work his magic. Our tie is so deep and elemental to both of us. This is the son who had spoken telepathically to me in the first seconds of his life to remind me of our connection. He told me that he had known me from the beginning of time and that our love was forever. I had felt that he was a gift to me and that I might not have much time with him, so treasure it, I must. And here was this grief at the intense feeling that I might never see him again. We both released the tears and the energy and allowed the peace to fill our hearts. We know that we have a mission and that our paths will cross down the road once again. We also acknowledged that it mattered not, as our hearts were always in communion. Deep sighs……..whew. I thanked him for caring for himself by taking time when he needed it rather than trying to please anyone else. For trusting his inner knowing and honoring himself, first and foremost. It is essential as we move into these new energies. Also for coming and allowing this release to take place for both of us as all fear must go, all old memories stored in our dna that keep the vibration of fear alive. We are being emptied of all that is tethering us to this 3d hologram.


Emotional release is exhausting work! I then had a dinner to prepare and I felt like a damp towel, all wrung out. I suggested we call it off but my younger son felt it would be fun and said he was up to do what was needed. It came together and was a nice evening though I felt low key and a bit off balance. It was what it was, and I let it be that.


Christmas day was quiet, no gifts, no big meal, no one but my son and I. We enjoyed our tiny tree and a walk in the crisp air and the ease of leftovers in the fridge. Peace filled day. I took a nap on the couch by the tree and lights and found myself in that dream, not awake but not asleep state. I recall trying to open my eyes and move my body, but I could do neither. I was at the Great Central Sun and I saw and felt how huge my being was. I found it delightful to recognize others by their light even though all the light looked the same. Yet, there was a knowing of one another’s vibration. I was weaving light strands and knew I was a master at it. I was smiling at how I knew that I would never forget who I was and yet how I had in this lifetime. I saw the dearness of myself in this incarnation and felt amazed at the smallness of my life compared to the vastness of my being. That made me laugh! I knew that the time of expansion was upon me and that I was to bring that energy of that vastness through in this body. I did not want to awake and come back, it seemed too heavy a task. I wanted to bask in the light of home. Yet, I knew that was the mission, to bring the light of love and anchor here on this earth plane. It was the Christmas gift from home that I had been looking for. To feel the knowing once again and soak in the essence of the Creator once more. I felt refueled.

Today, what would have been my 29th wedding anniversary brought up the loss of expressing the love that had created my marriage. My former husband and I had not been in communication for quite some time. My daughter had skyped from Montreal  where she was spending the holiday with her boyfriend and his family. I watched as those feelings of loss came up of the intact family, the family home with the big tree and trimmings…all that I had left behind 5 years ago. Sobs, about 30 seconds worth as it seems the emotions move through so quickly these days. As it happened (Spirit has such a way with timing), my former husband had emailed about a desire to get together a couple of weeks back. A couple of suggested times did not work out so I suggested today for old times’ sake. I had felt it was important to meet before the end of the year. He agreed and we met for lunch. We sat at the table and held hands and simply looked in one another’s eyes for a few minutes. Huge event as for the last few years of our marriage, he could not look me in the eye to speak as he was leading a double life though I did not know it. There has been much pain and heartache over the years. Yet, here we were, looking at one another until the tears came. There was simply the love. We had both played our parts well. His role was the darker one and it was the catalyst to my discovering my own beauty and worth. It was so wonderful to acknowledge the love that was, is and will be. It is a stream that began eons ago and flows always to the Creator’s heart. All love continues as our souls know the truth. We ate and then walked and I felt joy filled. My impish sprite came out to play and we joked and teased even! He asked if I now understood why he had sent me a photo of myself taken when I was about 8 years old. He said that he had always loved that photo as he felt it captured a pure expression of energy and goodness and he could see that same look in my eyes today. Such a relief to see the barriers fall, to see him inhabiting his body once again and witness the clearing work that he has done to open his heart. Our hearts ever wish for happiness for all those we have loved and love still. 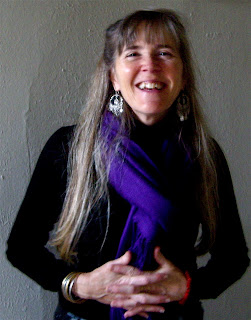 As I walked home, I felt like skipping just as I did as a child on my way home from confession on Saturday mornings, (a rite of Catholic children to cleanse our souls for the receiving of communion at Sunday morning mass). Free, so free! I felt my angels and guides clapping and laughing in delight that I had passed this test. I was love and I held to that reality and shone it through this relationship. We had come back to love once again. Oh, the joy! I asked my son to take my photo when I returned home to record the joy that I was feeling. I love all the ways that the universe has conspired to trigger the old coils of pain, of fear, of victimhood, of playing small, of heartache, of misunderstanding in order for them to be unwound. I have spent tonight in meditation and invocation, calling in the Christ light to infill me with its Golden hue. We are being rebirthed into our true selves as we take our places on this planet as the true ones. We are holding the portals open wide for all to pass through with our mother as she ascends to her starry birthright. I am feeling my starry nature tonight and see all your shining lights so bright. Let your heart lights shine……there is only the love. Embrace it. I embrace you in my heart.