The blossoming trees do not hold back from expressing their beauty. They shine!

I love how movies can bring us messages. I recently watched the new Cinderella. Her mother drums into her three things; have courage, be kind and believe in magic. These serve her well for the most part. In being kind, she followed a pattern we have been programmed with. She was kind, to a fault towards others, while allowing herself to be abused in the name of kindness. Only when her stepmother threatened to use her in a way that would harm her prince, did she stand up and say no more. How often have we done this, allowed ourselves to be dishonored and abused, yet standing up for others that we care for. The message we inherit is to be kind to all, except ourselves. Somehow we feel we can bear it for ourselves but not for others. Yet in truth, we are all one. So by allowing ourselves to be mistreated, we allow that behavior to continue. It is time to know that kindness begins, first and foremost, with ourselves. We serve no one by accepting abuse of any kind, not physical nor emotional. It may not leave marks, but emotional abuse is every bit as damaging to our hearts. This is coming to an end as we each learn to love and honor ourselves. We are deserving of every bit of kindness that we can muster. Our hearts thank us as we gift ourselves.

This lily holds her treasures close as she begins to unfold her beauty.

The most powerful scene of the movie for me, was when Cinderella was walking down the stairs to meet the prince once again, this time in her rags, to try on the glass slipper. She pulls from her stepmother’s arms, who is reminding her that she is nothing and nobody and not worthy of love, (that inner critic we all know so well) and she knows this is the moment where her life turns. She can play small and accept the vision her stepmother has created of her or she can stand tall and know herself as the love that she is. She passes a mirror on the stairway, sees her ragged reflection, lifts her chin and walks like the royalty that she is. She chooses to stand in her truth. Before trying on the slipper, knowing it will indeed fit and make her a princess, she asks the prince if he will accept her as she truly is. Not a servant girl, not a fairy princess but as a true kindhearted being full of love. His response displays his truth as he says, yes. His condition is that she accept him, not in the role of prince, but as a young man doing his best to live a life of truth. The prince had to defy convention by not marrying to create advantages for his kingdom, but to follow his heart. They each open to embodying their truth at the risk of losing the one that they love. As truly, it is only in doing so, that the love can flourish.

As warmth enfolds her, the lily blossoms into her full beauty, just as each heart does when it feels the warmth of love.

How often have we turned from one who truly saw us, as we feared to let down our mask. We have been indoctrinated that we are not worthy and we play this out by choosing to be with those who do not see us, rather than the one who will open our hearts to our own love and truth. This was beautifully expressed in another movie, You’re Not You.Hillary Swank plays the role of a beautiful young pianist who gets Lou Gehrig disease. Her outer life shrinks as her inward life grows. A young tough, hardened woman becomes her caregiver and friend. They each teach one another so much about love. Hillary moves from victim consciousness to taking responsibility for the demise of her marriage. She tells her husband that, “We created this.” It is not just his fault. She recalls him looking at her early in their relationship, and how she made the decision in that moment, to be the woman that he saw rather than to be herself. She remembers a man who saw her truly and how she turned from him, choosing instead the one who could not see her. We are freeing ourselves from these false notions, realizing the price we pay when we try to be someone who we are not. The young woman in the story has allowed herself to be used by a married professor while there is a young man who sees her truly. Both of the women’s mothers fill their heads with tales of “you are not enough, you are not acceptable as you are”. It takes such courage to allow ourselves to be seen, with no cloak, no mask, no cover up. To turn from the programming of old and embrace what our hearts know. I think of us all standing naked before our own higher self, before the Creator. There are no fancy shoes or clothes or degrees or roles to identify us. There are only our hearts’ flames to tell the story of who we are.  Our flame shows up in our eyes, which are indeed the windows to our souls, broadcasting our truth for others to see. To look deeply into another’s eyes, is to fall in love. We are one being, coming to recognize ourselves. How beautiful our world becomes! 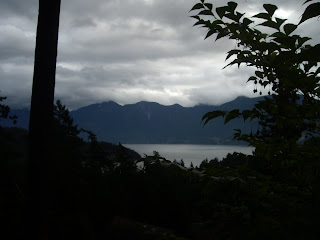 A more active day as I moved from the downstairs area to the upstairs of the house I am renting. I enjoyed cleaning, mopping the floors, washing windows. I have not owned a home in a long time and I found that I truly enjoyed the activity today. The owner is giving me a good rate as I help with the cleaning between renters. I did not have to wash windows but wanted the view to be crystal clear. The upstairs is the main house and has a different energy. Tonight I luxuriated in a hot bath (the water heater had been on the fritz for a couple of days so it was doubly enjoyed) and then lay on my bed with the french doors open to the deck. The sky was overcast in a deep blue cover with an underskirt of the softest cream resting on the horizon. I felt so blessed by its beauty. The cool air on my overheated skin, the stillness, the colors……I felt as if I were drinking it. Great waves of appreciation went from me to all of it. I feel so blessed to have this assignment at this time on the planet of being in nature and enjoying her beauty fully. What a cushy deal! I am so grateful it is my job! In the hot bath, I had felt this love energy moving through from my heart to my hands and I cried out in my desire to hold everyone in my love, to gift each person with this deep rest that I am experiencing. To allow all to feel this communion with the Divine. To let the love that is permeating the ethers, the water, the rocks, the sky……to let that love fill each one’s heart to overflowing. I am savoring every moment of this time and sending that enjoyment and love into the earth. When we are in our joy, we open the pathway for others to step into theirs. We are not taught this, rather we are fed guilt if we are having too much fun. We have been taught to taint our joy with the thoughts of the suffering of others. Yet how does that help anyone? So much of what we have been taught has been backwards. I stand radiant in my joy, and in doing so, it is anchored on the planet.

I had a couple of phone calls tonight from dear hearts close to mine, expressing tears of frustration due to the fatigue they are feeling and the overwhelm of life’s challenges. We are programmed to believe that we must be productive and when the body demands rest, our minds berate us for not going to that event or getting more accomplished in the work day. We believe that there is something wrong with us as others seem to be doing alright. The comparison game is odious, another lie to keep us in line. Recognizing that this is old programming coming up to be released, can be a relief! There are intense energies flowing into our physical bodies at this time as we are being rewired. Deep rest, whenever you can get it, is necessary to integrate them. It is time to allow yourself to listen to your bodies and to let your minds drift. Let go seems to be the mantra this month. Letting things figure themselves out, caring for what needs to be done but dropping all that is not essential. I reminded one of my dearest, that the old was up for release as so much more of her was waiting to come in. How lovely to welcome in more of our true selves who love us so! The little me’s of I am not good enough, I have not accomplished enough and all the rest, are going so that our more expanded and conscious selves can take up residence. And our new selves adore us! They get the mighty beings that we are. 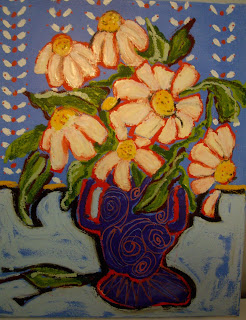 I had a lovely peek at what is coming today as hearts are awakening. The handyman came to work on the hot water heater again. He had been a couple of times in the past week as it kept going out and at one point, even the water turned off. We ended up having an incredible conversation. He comes from a Christian background but he was so open to the new energies. He knew that he wanted to expand beyond any doctrine and move past the separation of a belief system. He has been meditating in the mornings and been receiving visions and insights that he was not sure if he could trust. I was able to affirm for him what he was feeling, that he was right on. He felt that he had healing in his hands and had a deep desire to heal children. I held his hands and a channeled message came through for him, confirming his healing abilities. It was so lovely, the communion we felt. We hugged and told one another that we loved each other. This is the new way. We are being gifted with views into one another’s hearts and the beauty is beyond words.
This painting is one that gives me great joy. It is by my friend, Lea Bard. These pink flowers seem to dance with joy and I want to sit and look at them in the pretty wallpapered room she created.
http://leabard.com/site/ENCAUSTIC_WORK.html