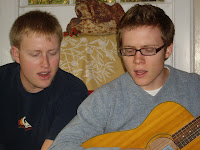 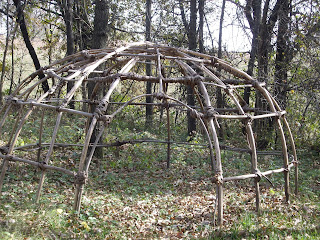 Yesterday the energies were shifting and changing. I could feel the electricity around me. A new male friend called me and said, “Good morning, Sunshine!” That started the day off beautifully! I have had little contact with male energy other than my sons for a long time. It made me realize that I need it in my life. It is time to open myself to this. So… first shift.

My older son called as he was walking to work. He said he did not understand this working life any longer. He wanted out but not sure how or what to move to. Just knew that it felt too hard. This was the first time that he expressed this sense of limitation about his work. Second shift.
A friend called and told me that she had gone on line to become an ordained minister who could perform weddings. I guess that there is very little that one has to do to accomplish this in California. She sees a new business potential and I see how great she would be at this. She is so intuitive and clear about seeing things. As she said, the 0nly drawback is that she might have to say, “This will not work out! What were you thinking!!”
She believes that we could make this a business together. The night before as I watched a movie with my daughter that showed a wedding scene, I had said that I would make a good wedding planner. I had said that I could see my friend and I starting a business together.
Third shift.
My younger son came home to tell me that he felt that he could not continue in his present job, it was too sterile, his creativity was not engaged enough. He just did not want to do it any longer. Fourth shift.
My daughter is finishing her month long yoga teacher training and at the end of the week, is ready to begin the process of marketing herself and beginning to build a fitness/yoga business. At the first of the year. she had allowed herself to take the leap from the known working world and move towards her heart’s desire. She is primed to shift into the new.
For as long as I can recall of this journey of mine, certainly the past couple of years, I have had the vision of beginning a community where love and creativity and connection blossomed. Not the old hippie community of old, rather a small endeavor where we would have enough land to grow our food and enough buildings to house art making and workshops of different sorts. I see a core group of people who live there year round and many others who come and go. It is part of a small town that we are connected to. It is the way of living that we know in our hearts is what we are meant to have. A place where we support one another and spark one another in creative endeavors. There is music and communal cooking and eating. There is a sweat lodge, there is a place for ceremony on the land. There is dancing and yoga. There are trees and a babbling brook. Yes, why not? I have always wanted the babbling brook! Of course there will be fairies and elementals of all kinds sharing the space with us.
Many people around the world have this. In our modern world of nuclear families, most of us do not have this. Rather we live in our tiny groups of two or three or four and often end up just two or one as kids leave and spouses pass on. I want to live with all ages surrounding me like my forefathers did with extended families living and working together. We are a tribal people. Of course, I want to choose my tribe! I am blessed as my three adult children are ones that are part of my soul family of choice. So we have a nucleus to begin. Others whose vibrations match, will be drawn to us. I can sense these vibrations coalescing and moving together as the time for community is now approaching on a planetary level. We will be drawn to our soul groups and what rejoicing there will be as we come together again!
Yesterday the energies felt alive! I felt the community wires humming. It felt as though it were being felt into being. Our hearts are what will create this. The kids and I have been speaking of it since the new year but now we are all being energetically pulled towards it. It feels like a living thing that we are being magnetized towards and it towards us.
We are alert to the signs around us and beginning to think of the steps ahead. How do I get a mortgage when I do not have a job? Perhaps the kids take out a mortgage on the basis of their jobs? They do not make that much…we have some capital to work with…snippets of ideas. I am new at this and it is unfamiliar territory but I know that the doors will open and I am ready to step through them. I know that my place already exists in some reality and that I can feel my way there. So, I will keep you posted. In the meantime, we stay in our heart space and feel ourselves there.